By TechAdmin on 25th September 2014 in Gambling News, General

One of the largest entertainment companies in Europe, the Rank Group has announced ambitious plans to build the first casino in Northern Ireland, despite casinos currently being illegal in the country.

The Rank Group recently released plans for a large Belfast casino complex unlike any of the 55 casinos the company operates throughout the United Kingdom. If it passes all necessary governmental hurdles, this multi-million-pound facility would include a wide variety of casino games, a bingo hall, a theatre, an art house cinema, a bowling alley, and several bars and restaurants. 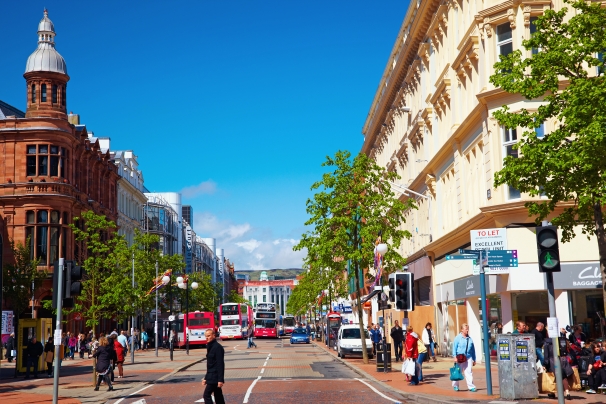 Under current legislature, the Rank Group Casino is far from a viable reality; the company is taking a chance on current efforts to overhaul Northern Ireland’s existing gambling laws.
Nelson McCausland, the Social Development Minister of Northern Ireland, has been openly dismissive of the Rank Group’s plan. Although new legislation on gambling regulations will go before the Northern Ireland Assembly in 2015, McCausland insists that the present ban on casino developments will not be lifted.

According to McCausland, the scheduled gambling bill will focus exclusively on minimizing the harmful effects of gambling. “It is necessary to update the current gambling laws in order to address the rapidly changing gambling environment that exists today,” he said. McCausland added that changes to gambling regulations are necessary “to ensure that our law complies with relevant EU provisions.”

Despite significant governmental obstructions, the Rank Group remains cautiously optimistic. The organization briefed the Belfast City Council on September 11th, contending that its proposed casino development would bring an estimated 250 jobs to the region. Rank Group Strategic Development Advisor Dan Waugh encapsulated the company’s intentions in a recent statement to the Belfast Telegraph, saying “We would aim to bring all the components of a great night out together… somewhere to eat, drink, and be entertained in comfort and security.”

New Gambling Act Could Endanger UK Citizens
When Will British Gamers Get to Play Online Poker With Americans Again?